Producing in Portugal: why does it change (almost) everything?

Published : 08/30/2021 - Categories : Better
The shoe industry is opaque and this has consequences on the workers. The large number of subcontractors and the geographical distribution of world production, concentrated in countries where control is not always easy, explains this state of affairs.

We have chosen to produce in Portugal since the beginning of the brand (10 years) and for 8 years in the same factory! This changes a lot of things objectively, but is it perfect? Is "made in Europe" infallible? Here is our current knowledge on the subject.


Here is, as an introduction to the subject, the report of the TTC program of RTS1 broadcast on September 26, 2011. The cameras of the program had followed us in our factory in Portugal. This gives a good overview of how we work and what is at stake.

1/ The state of play in the global footwear industry

The de-industrialization of Europe started a long time ago and is still going on.

There have been four successive phases that have progressively emptied the continent of its shoe factories (source: business scoot):

- Before the 1980s. o There was no harmonization of wages in the European Union yet. Manufacturers began to turn to Italy and Spain to manage their production, abandoning France and Germany.

- Early 1990s. o As wages rose throughout Southern Europe, manufacturers began to relocate to the Maghreb and Eastern European countries

- Late 1990s. o It is the rush to Asia. China and India become the world's leading shoe producers.

- 2000's o China and India have become too expensive for some brands. Direction Vietnam, Indonesia, Brazil, Bangladesh and Pakistan

If we take the example of France, 200 industrial footwear players were active in 2000. In 2019, there were 91! (source Conseil National du Cuir : conseilnationalducuir.org).

We can testify to this ourselves since Julien's grandfather had a shoe factory in May-Sur-Evre, a small village in Maine et Loire in France. This hundred-year-old factory disappeared in the 60s... 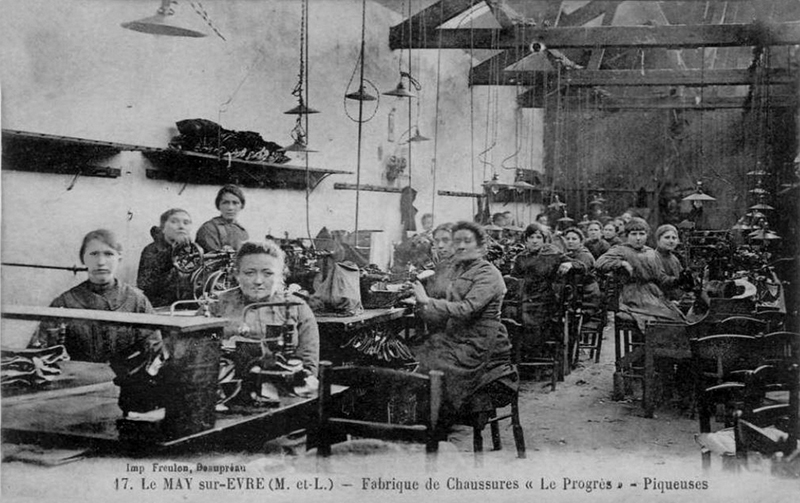 The factory of Julien's grandfather... 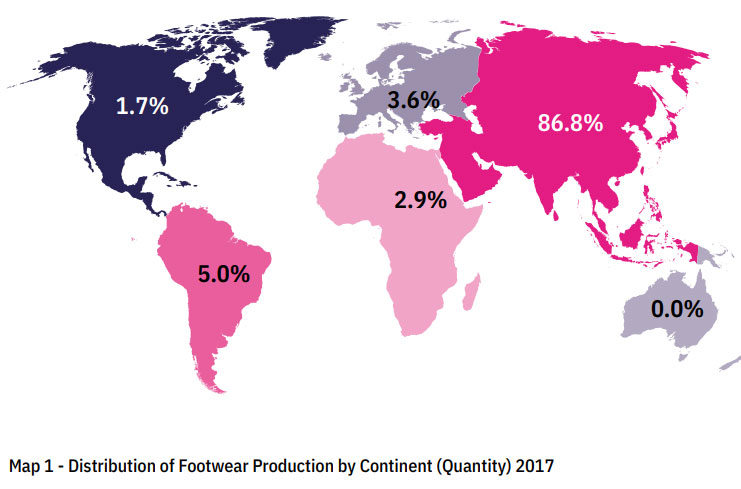 We have chosen Portugal since the beginning of the brand. Here are the reasons of this choice:

- We want to make a quality shoe, in leather: the country has an ancestral and recognized cobbler know-how

- We want to do the right thing: the country is a member of the EU and has very high social and environmental regulations

- We want to stay local: our shoes are produced 1500km from the place where they are consumed, they maintain employment and industrialization in an economic area close to ours.

- We want to control our suppliers: it is easy to go to Portugal, Spain or Italy to see what is happening there.

However, Portugal's weight as a producing country is literally derisory on a global scale. Europe has only 3.6% of the world production and Portugal ranks 19th in the world (worldfootwear yearbook 2019). These figures show how rare our shoes are!

2/ The problems posed by the shoe industry

The trend is towards disposable fashion. This race for low-cost shoes involves maximum compression of costs. This is done at the expense of the employees in the factories. Here are 4 types of problems they have to face:

Working conditions are harsh in the shoe industry. Workers are exposed to chemicals, especially from glue. The working environment is noisy. The machines, if they are old, can cause injuries.
The provision of protective equipment may be completely absent from the factories.
Working in tanneries can also be hazardous to health. The work is physical. Heavy loads must be carried all day. In addition, if the tannery is not of good quality and does not respect the drying times, the misuse of chromium can lead to oxidation and migrate into chromium VI, which is allergenic and prohibited in Europe.

One of the major problems is related to subcontracting. Many employees of the sector work without a contract or at home. In this case, they do not benefit from any social protection or benefits provided by law. Their situation can be very precarious.
Moreover, salaries are often very low, and not only in Asia. Very interesting comparisons have been made by Public Eye in Lausanne, which is a mine of information on the subject. To quote them: "Let's take the example of Romania: the legal minimum wage is just 167 francs. Yet the government estimates that a family of four needs five times that amount, or 788 francs, to support itself. In early 2016, Albanian (153 fr.), Romanian (190 fr.) and Macedonian (173 fr.) women earned on average even less than their Chinese counterparts (438 fr.)." 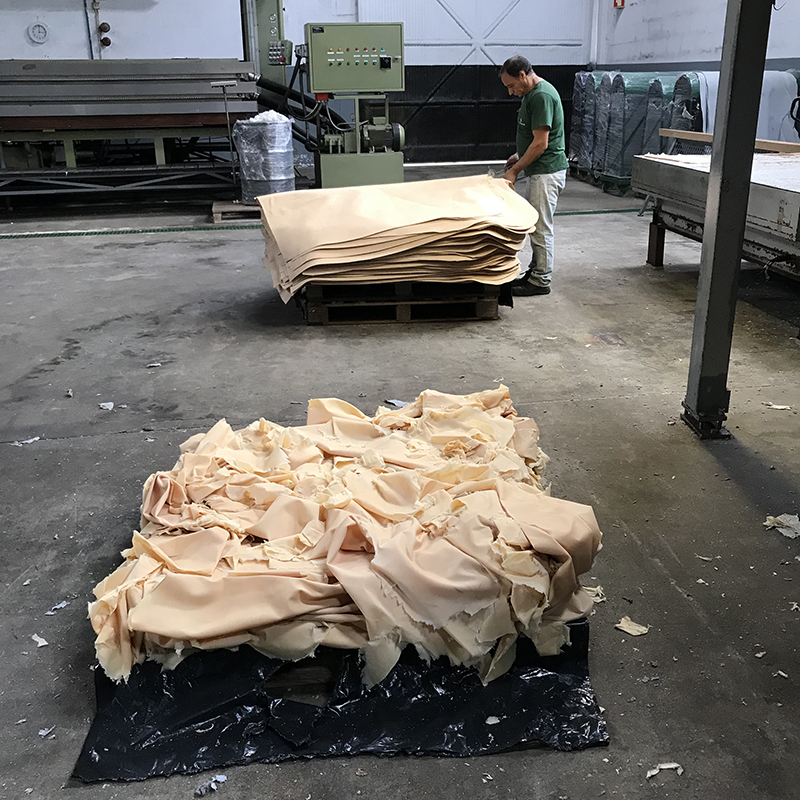 During one of our visits in a tannery in Lousada... 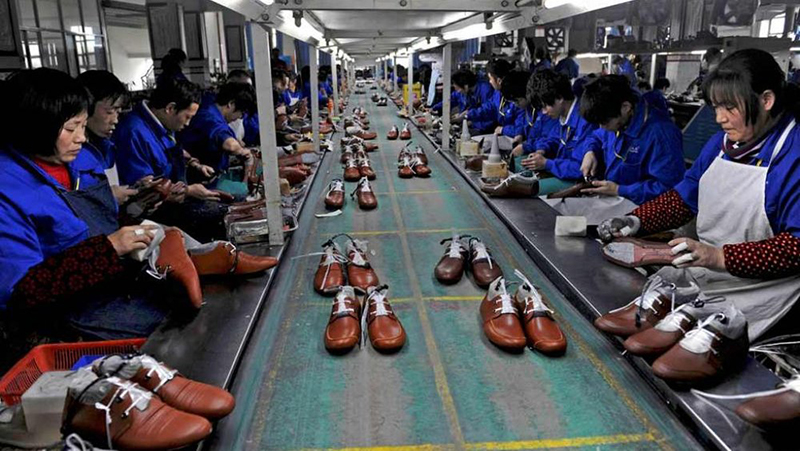 A shoe factory in Lishui, in the Chinese province of Zheijiang - AFP

The first problem is the hours. Often, there is no precise count of the hours worked and yet the days are very long. There is real pressure on the workers to work overtime at the risk of losing their jobs.
It is also very common for overtime to be undeclared and paid in cash. The worker loses his rights to these hours.
There is an unequal balance of power between the employer and the worker. It is almost impossible for workers to oppose these abuses. Trade unions are very weak in most of the producing countries and unionized workers are exposed to sanctions.

We had difficulty finding reliable statistics for the shoe industry. So we prefer not to expand on the subject. However, it is clear that it must exist... We remember that Julien's daughter read the livre Made in Vietnam book Made in Vietnam in class, which made a big impression on her. It tells the story of the difficult daily life and the revolt of a young 14 year old worker in a sneaker factory in the south of the country. To be discovered by teenagers to make them aware of the subject...

Our factory in Portugal

We have chosen a human-sized factory, in Felgueiras, 50KM north-east of Porto. We have been working with the same factory for 8 years! It is a great advantage to know your factory very well and to have built up a relationship of mutual trust over time.

Tradition and modernity mix together. Manual work represents the largest part of the value chain.

Helder took over the family business a few years ago and has greatly modernized its production facilities. With the heritage of his father who passed on his know-how, he has been able to bring the dynamism of the new generation. He has a very motivated team around him.

We manufacture close to where the Benjies are sold. We are therefore on a short circuit logic. This proximity between our markets and our manufacturing site allows us to place our orders as close as possible to the demand, according to the needs. This avoids placing too many orders and thus minimizes the risk of unsold products, which leads to waste. It also avoids the use of cargo transport.

The factory meets the compliance requirements of the VF, Qimo and SMETA standards. Here are some concrete examples. In addition, the Ministry of Economy controls the factories, through a process called "RU".

The VF report focuses on the main safety elements of the plant in relation to the personnel. 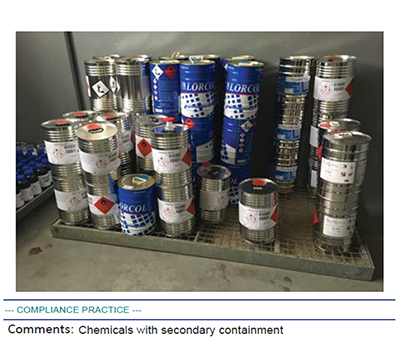 Storage of chemicals (glues): They are stored separately and only accessible to dedicated personnel. 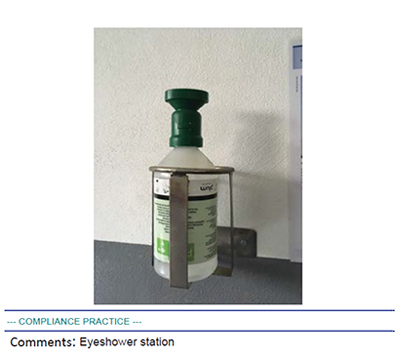 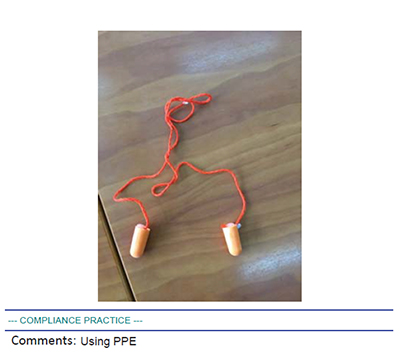 The wearing of work shoes is mandatory. There are products for eye rinsing and ear protection for exposed positions. 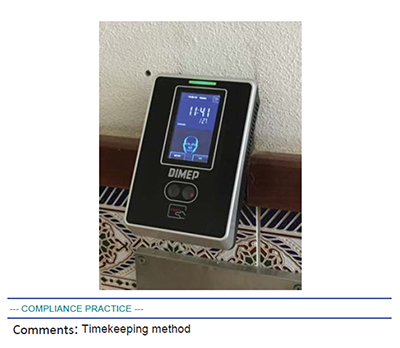 There is a timekeeping system with a time clock at the entrance of the plant.

First aid and safety: presence of first aid kits and defibrillator as well as a first aid room. 4 accidents have been reported in the last 3 years. 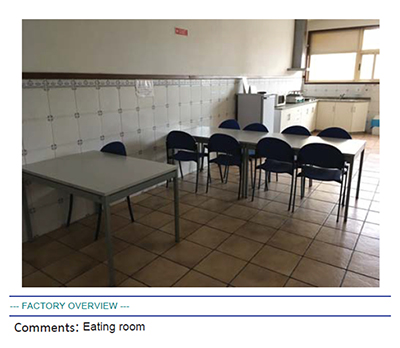 The factory is also audited by Qima. The Qima audit concerns the structural elements of safety: structure of the building, solidity, obsolescence of the machines, construction in floodable zone, electrical dangers, fire evacuation plan. The evacuation plan was not up to date at the last inspection. It has been updated since then, with the payment of a fine of 115€... 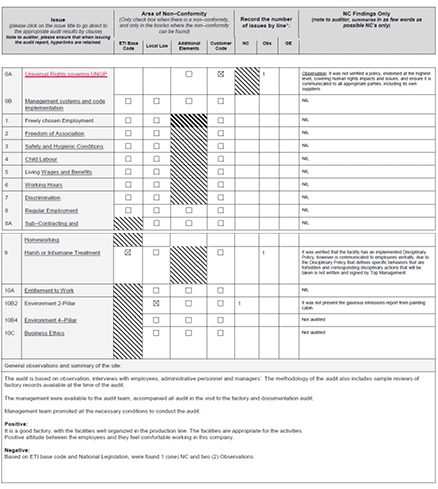 It is still difficult to obtain precise answers on the following subjects: wages, disability and unions.

On the question of wages, even if we have the guarantee that the minimum wage in the sector is guaranteed, we have difficulty in evaluating the average wage due to confidentiality issues.

The employment of people with disabilities or from minorities is little promoted and supported in Portugal. This is still a subject where there is room for improvement.

Finally, on the question of trade unions, even if we have the guarantee that trade union freedom exists, we have difficulty in obtaining the number of unionized workers, again for reasons of confidentiality.

On all these issues, it is important to move forward in collaboration with our partners. Discussing and finding compromises is a useful way to make progress.

4/ Conclusion: "Made in Europe" and therefore ethical? Not automatically...

Made in Europe" seems more reassuring than "made in China". However, as we have seen with wages, misery does not stop at the borders of Europe. The problem lies in the number of subcontractors. To produce a Benjie, there are 29 suppliers!

Soles :
- 7 suppliers depending on the soles used (Italy, Portugal)

So, should we leave Europe? We receive about once a month approaches from far away producing countries. The prices they offer are sometimes half what we pay in Portugal!

For example India, as here. 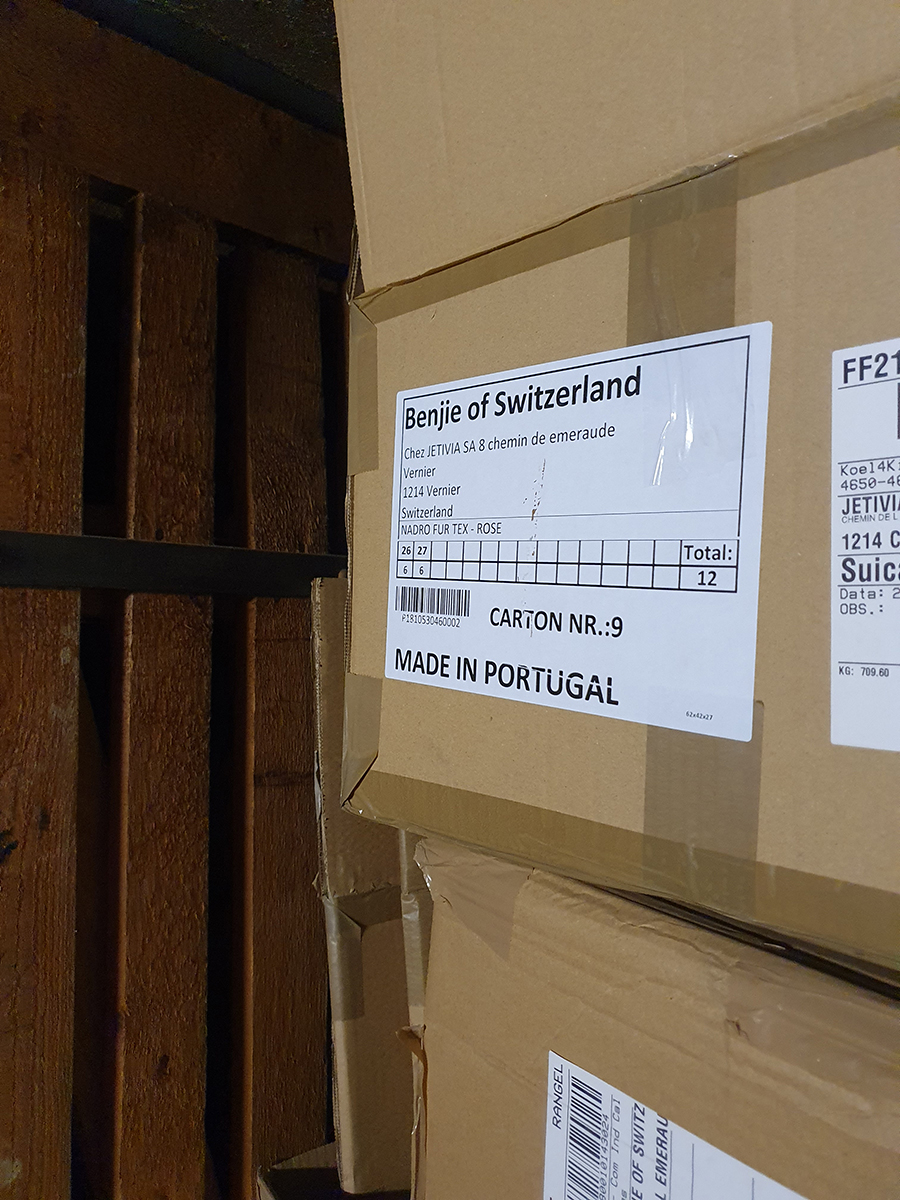 It is already a challenge to control the entire supply chain between Portugal, Spain and Italy. So, even if we are sure that non-European suppliers offer guarantees, the task seems even more difficult to us. It's a question of common sense. On the other hand, even if we can't check everything, the European legislative framework is a safety net that no other region in the world offers... So... Longa vida a Portugal!